Eucor – The European Campus is a trinational alliance of five universities in the Upper Rhine, a border region between Germany, France and Switzerland.

Its members are the universities of

Together, these institutions crystallise the skills of some 15,000 researchers, 13,500 doctoral candidates and 117,000 students in a region that is economically strong and research intensive in the heart of Europe. Their aim is to build a scientific space with a clearly defined profile, without walls or borders and with international outreach.

The alliance is poised to become a European University. Common structures, common governance and a common strategy for research and training have laid the foundations. 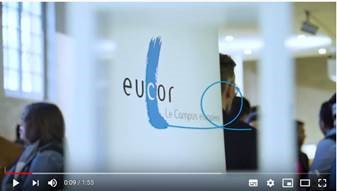