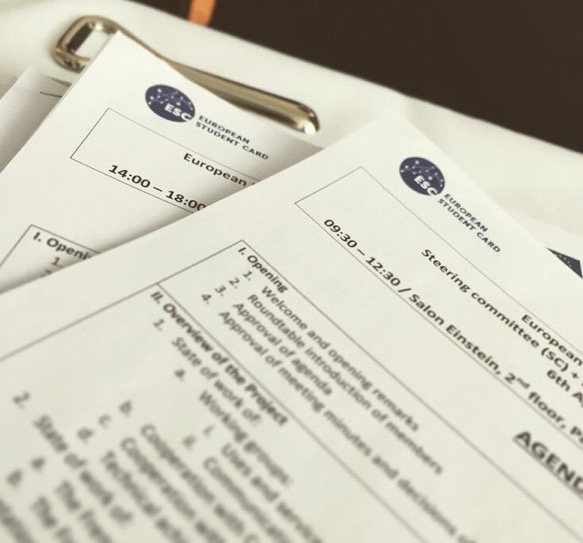 From 6 to 7 April 2017, the partners of the European Student Card project met in Berlin.

3 half-days were devoted to the technical implementation of the project, in particular with the presentation and exchanges concerning the technical specifications of the upcoming exchange platform.

Coordinated by Cnous and bringing together 8 partners, as well as 17 partners, the European Student Card project is co-funded by the European Union through the Erasmus + programme for education, training, youth and sport.

The project aims to set up a digital platform so that the recognition of student identity is possible in all European HEIs. This digital recognition could facilitate access to services offered by student services to students from European countries participating in the experiment, in particular for applications for student housing, access to university restaurants at student rates or access to services offered by host institutions (i.e. libraries).

At the end of this experiment, all the European countries will be invited to join this initiative in order to generalize it at European level.

The next meetings will be held in December 2017 in Piacenza (Italy).